Jazz Music During the 1920s

Started in the late 19th and early 20th centuries, jazz has its musical roots in New Orleans, Louisiana where it combines American and European classical music with African and slave folk songs with a touch of West African culture. The content of the music has also evolved over the course of hundred and fifty years in the form of different subgenres. Although jazz contains these subgenres from the early days of ragtime, Dixieland, and swing to the influence of jazz on today’s hip hop, the common denominators among these subgenres is improvisation and the ability to show musical expression.

The music gained in popularity during the Jazz Age (1920s and 1930s) where it affected the cultural landscape in political, social, and economic experiences. The Jazz Age ran parallel to the “Roaring Twenties”, a period during the 1920s where there was a movement of achieving economic prosperity after the end of War World I. Jazz music was also a major player during Prohibition, a nationwide constitutional ban on the production, distribution, and sale of alcohol beverages from 1920 to 1933. As a result of Prohibition, speakeasies (places where customers would socialize with alcohol present) were formed and jazz music flourished in these spaces. This music was chosen because it reflected the opposite in the atmosphere of these illegal events. Usually started by crime organizers like Al Capone, jazz musicians had steady work to build a financial and professional profile. Some of the popular jazz artists during this era were Louis Armstrong, Jelly Roll Morton, and Ethel Waters while introducing musical styles like scat singing and playing with an orchestra. The culture of jazz also created the music venues such as The Cotton Club in 1920 in Harlem (where Duke Ellington’s band played) and The Grand Terrace Café in Chicago in 1921(where Earl Hines’ band played). The music also shaped different aspects in the lives of the youth by fighting against what was considered “traditional.” They made fashion statements, consumed tobacco products, and adopted African American dances. While women in jazz did not flourished until the 1930s, there were a couple of individuals who were influential during the decade: singer Bessie Smith and bandleader Cora “Lovie” Austin. Both women artists were gaining popularity at the same time of the ratification of the Nineteenth Amendment in 1920, giving women the right to vote. While Smith is considered a “blues” artist, it is documented that she heavily influenced jazz great Billie Holiday who become a legendary artist in her own right years later. Austin was a bandleader of the Blues Serenaders, which her band members played an array of instruments that resulted in creating their own form of jazz. Considered to be one of the few music genres that originated in the United States, it did not come without controversy. Ranging from lacking morality to being a threat against good core values to wishing its demise, jazz music continues to be relevant in constructing American culture and beyond. 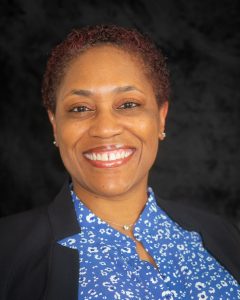 Ms. Jacqueline Hudson is a fourth-year doctoral candidate in the American Culture Studies program at Bowling Green State University (BGSU) and has also earned a graduate certificate in public history. She is currently a graduate assistant in the Ray Browne Pop Culture Library at BGSU. She is a member of various professional organizations like the American Alliance of Museums, Ohio Museums Association, American Association of State and Local History, Association of African American Museums, National Council on Public History, and the Association for the Study of African American Life and History. Her interests include black music studies, black popular culture, black feminism, and museum studies. Her career interest in the museum industry is to work as a curator or as a preservation specialist. During the fall of 2018, she was a collections management intern at the Hancock Historical Museum in Findlay, Ohio. She was a curatorial intern and consultant at the National Museum of African American Music in Nashville for the past two summers and this past fall. She is currently working on her dissertation entitled I Am Every (Black) Woman: Negotiating Intersectionality in the Music Industry aspiring to graduate this year.